The memorial commemorates the long and storied history of New Brunswick’s significant role in the naval and maritime heritage of Canada. It provides a constant reminder of all those who lost their lives while serving their country at sea in the cause of peace.

The project is a partnership between HMCS Brunswicker and N.B. Royal United Services Institute. 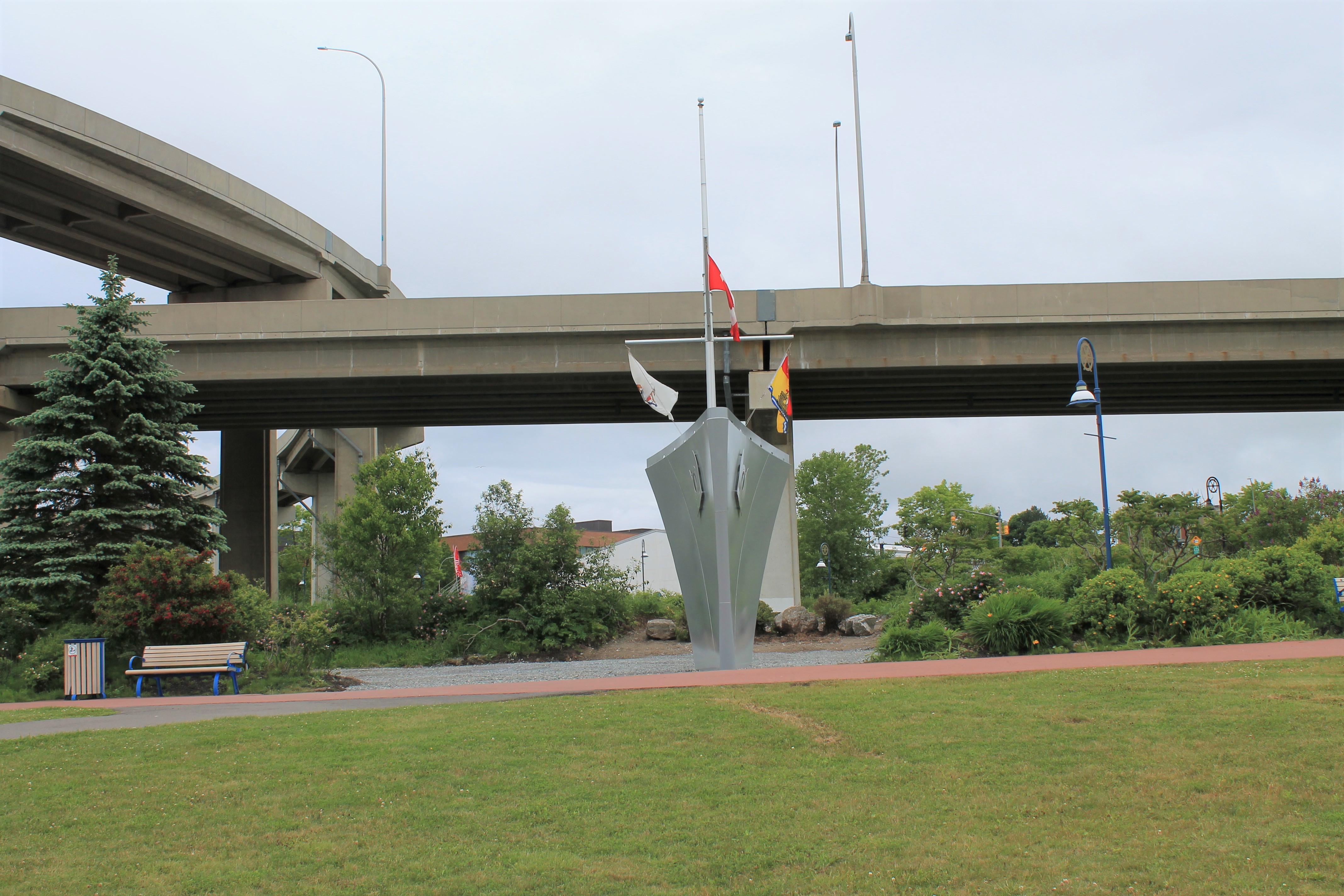 A project is underway to recognize and commemorate the long and storied history of New Brunswick’s significant role in the naval and maritime heritage of Canada.

This memorial tribute is designed with the intention that the monument itself, as well as other elements of the memorial site, will serve as an interactive and educational experience for visitors through the use of digital storytelling, which will be accessed by scanning QR codes at the memorial site with mobile devices. Visitors will be able to learn more about New Brunswick’s significant role in the Battle of the Atlantic, the establishment of the modern Royal Canadian Navy, and much more. 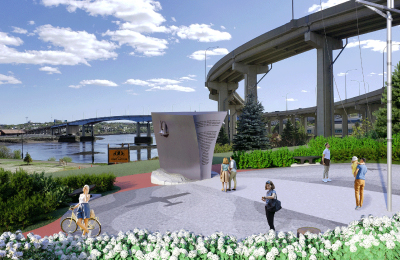 The main monument resting on Plaza Maris recalls the bow of HMCS SAINT JOHN adorned with anchors. On the back is inscribed, In Memoriam, the names of the Royal Canadian Navy (RCN) ships lost during the Battle of the Atlantic (1939-45). Here, visitors will be able to access storytelling related to Canadian achievements during the battle. 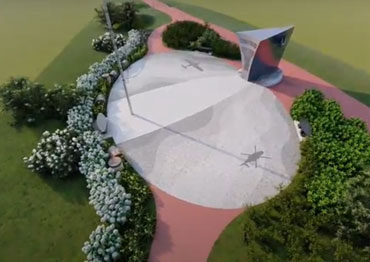 Plaza Maris is an open space permitting social distancing between visitors. One notes the imprint of waves in the pavement, indicative of the "waves over wave" that is their "crosses row upon row". Embedded in the pavement, port side and aft of the main monument is the shadow of a Canso aircraft, such as those which flew escort over the convoys. At the starboard, embedded is the shadow of a Cyclone helicopter, mindful of the loss of this aircraft off the Saint John-built HMCS FREDERICTON. 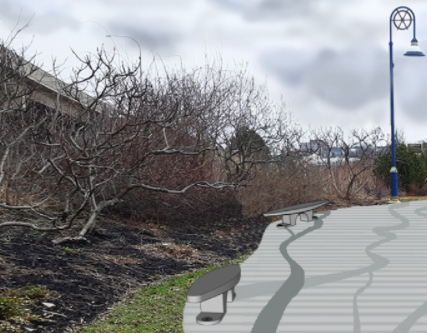 Stone benches shaped in the format of nautical bullards will be installed around the site. Research is currently underway to determine opportunitues for wifi access from the benches.